The two-day institute is designed to:

Teachers will have rich and meaningful opportunities to connect and extend existing cultural proficiency initiatives as they engage with one another to co-create teaching tools that foster culturally responsive classroom environments. 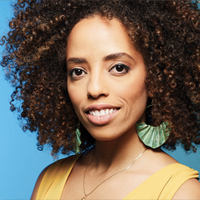 Keynote speaker Dena Simmons, Ed.D., is the Assistant Director of Yale Center for Emotional Intelligence, where she supports schools to use the power of emotions to create a more compassionate and just society. Prior to her work at the Center, Simmons served as an educator, teacher educator, diversity facilitator, and curriculum developer. She has been a leading voice on teacher education and has written and spoken across the country about social justice pedagogy, diversity, education reform, emotional intelligence, and bullying in K-12 school settings, including the White House, the inaugural Obama Foundation Summit, the United Nations, two TEDx talks, and a TED talk on Broadway.

Simmons has been profiled in Mindful Magazine, Education Week, the Huffington Post, NPR, the AOL/PBS project, MAKERS: Women Who Make America, and a Beacon Press Book, Do It Anyway: The New Generation of Activists. She is a recipient of a Harry S. Truman Scholarship, a J. William Fulbright Fellowship, an Education Pioneers Fellowship, a Paul and Daisy Soros Fellowship, a Phillips Exeter Academy Dissertation Fellowship, and an Arthur Vining Davis Aspen Fellowship among others. She earned her doctorate degree from Teachers College, Columbia University, where she is now faculty, teaching aspiring school leaders in the Summer Principals Academy.

Simmons’ research interests include teacher preparedness to address bullying in the K-12 school setting, culturally responsive pedagogy, and the intersection of equity and social and emotional learning (SEL) interventions—all in an effort to ensure and foster justice and safe spaces for all. She is the author of the forthcoming book, White Rules for Black People (St. Martin’s Press, 2021).

Presenter Chris Johnson studied photography with Ansel Adams, Imogen Cunningham and Wynn Bullock and has been the recipient of grants from the Rockefeller Foundation (w/Hank Willis Thomas); AICA Mellon Foundation Grant for Photography and Polaroid Foundation Artist Grants. His work is in the collection of Smithsonian Institution, San Francisco Museum of Modern Art, Oakland Museum, Center For Creative Photography. Johnson is the producer and co-director of Question Bridge: Black Males, which premiered at Sundance and has shown at museums and festivals worldwide. He is the author of The Practical Zone System: for Film and Digital Photography; currently in its 4th edition published by Focal Press in the West and Zhejiang Photographic Press in China. From 1999 – 2005 he served as Chair of Oakland’s Cultural Affairs Commission and from 1997 to 2000 he was Director of the Mother Jones International Fund for Documentary Photography. Johnson is currently a tenured Professor of Photography at the California College of the Arts. He has also been Chair of the Board of the Oakland Art Gallery. As an active member of the art community in the San Francisco Bay Area, he served as President of San Francisco Camerawork Gallery from 1982 to 1987 and was a founding member and Vice-Chair of the City of Oakland Public Art Advisory Committee. In 1990 he helped establish the House of Photography in Prague, Czechoslovakia. 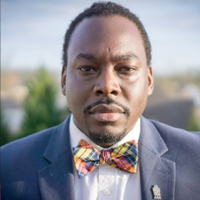 Presenter James E. Fordis an award-winning educator and consultant on issues of equity in education. He is the former Program Director at the Public School Forum of North Carolina, an education think-tank and policy advocacy organization. Prior to this, he served as the 2014-15 North Carolina Teacher of the Year and the representative for 95,000 public school teachers throughout the state. While in this position, he lobbied the state legislature to help secure the first post-recession raises for teachers and was made chair of the Governor's Teacher Advisory Committee, which earned him acknowledgements during the Governor’s 2015 State of the State address. In Spring 2015, Ford and 54 other state teachers were honored by President Barack Obama at the White House during Teacher Appreciation Week.

A civic leader in Charlotte, Ford also serves as the co-chair for the Leading on Opportunity Council, an effort to change the systemic barriers to economic mobility in the city. He also is the Principal at Filling the Gap Educational Consultants, LLC. He considers his work an extension of his greater life-calling as an activist, writer, minister, husband and father. He earned a Bachelor of science in mass communication from Illinois State University in 2003 and a master’s degree in teaching from Rockford University in 2009. He received his Add-On Certificate from Wingate University in 2014 and holds a North Carolina Principal’s License. Ford is currently pursuing his Ph.D. at UNC-Charlotte in Urban Education.

Ford has been recognized as Charlotte Magazine’s 2014 Charlottean of the Year, the 2014 National Alliance of Black School Educators’ Teacher of the Year and is a Carnegie Fellow. He is a self-professed “equity warrior” who believes education is a human right. He writes and speaks extensively on the topics of race, class, and education equity and advocates for the most disadvantaged student populations and his work has appeared in numerous publications including EdWeek, Charlotte Magazine, Charlotte Agenda, EducationNC and EBONY magazine.